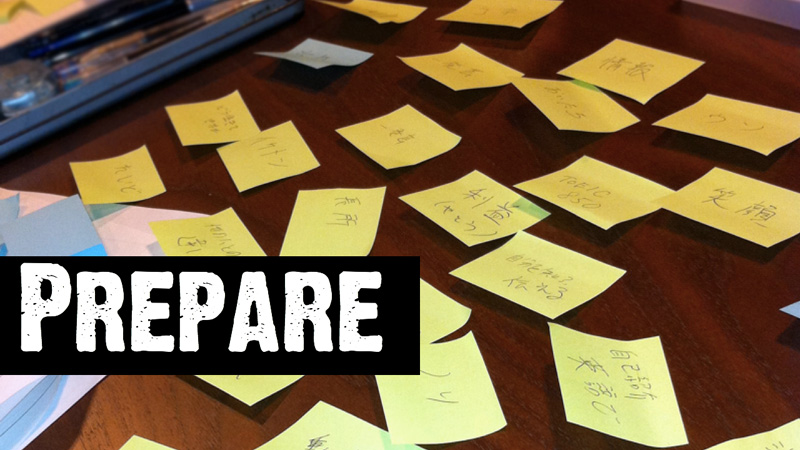 Growing up I would have always sat in the “Ah sure I’ll just wing it” camp when it came to preparing for big events. The older I got however I began to realise the importance of being prepared. Sun Tzu’s words began to make more and more sense as I started to take business seriously.

I was beginning to see the correlation between putting the graft into things in advance and how I performed on the day. There was however one particular meeting I had a couple of years back that turned my perspective on this completely on its head. It was like going from watching a small black and white TV, to a 50″ HD flat screen with colour and surround sound. Once you get such a realisation there is no going back.

As part of a project I spent several years working on, I got to interview some extraordinary Irish people who were truly excelling in their professions. One such person was Mary Ann O’Brien the former Senator, founding member of Jack & Jill Foundation and also founder of the global chocolate brand Lily O’Brien’s. This is a lady who started to develop a luxury chocolate brand when it had never been done before in Ireland. She was also a woman in an industry dominated by Belgian and Swiss men at the time. Realising that chocolate was a very seasonal product she set her sights on winning a major contract with British Airways to deliver their in flight chocolates all year round. What follows is her answer to the question I posed about how she prepared for that infamous meeting in BA headquarters. Also bear in mind that BA had NEVER taken on an Irish supplier in their history prior to this.

MA O’B: There is no fear once you are prepared. It’s the old saying, fail to prepare, or prepare to fail. The one thing about me is that when I see an opportunity and I have an opportunity I am 150% prepared. I’ll spend money and surround myself with excellence in order to do so. For example, British Airways was the next big airline we went after. They were a big company to take on. They had never bought from an Irish company before. I hired an Irish designer, who was the very best I could find at the time. I also hired an Austrian girl, who came to Ireland after working in New York in the cosmetic design industry.

I hired both of those to design the packaging for the two chocolate box to present to British Airways. I flew to Belgium and I worked with two master chocolatier’s and I also got a dessert chef who had worked with the Le Roux brothers in Paris to help me formulate the recipes for the chocolates. I was the first person to do dessert chocolates at that stage. So I designed a chocolate cup that was a crème brulee, which was a vanilla truffle with Madagascar vanilla and our famous sticky toffee that was topped with a white chocolate shell and raw cane sugar. We did a Mississippi mud pie, a quayline pie, a cheesecake, a 70% chocolate mousse and a billionaires shortbread. British Airways had always had the classical European Swiss Godiva or Lindt chocolates. They had truffles and pralines in black and gold boxes. They were all quite bland and boring.

Well I arrived in on this Tuesday afternoon into British Airways and there was several chefs and the buyer there. I never try to take too much of people’s time as they have their own daily pressures to be dealing with too. I always try to be a little bit entertaining, but I’m always prepared. I blew them away with what I had to present to them. They were over in Ireland within 2 weeks to visit our facility and gave us a ginormous contract on the back of that. For me then I was able to go back to the village where I’m from in Ballytore and say does anyone want a job because this is an emergency. These little two choc boxes were all handmade and time consuming and we needed a couple of million of these made.

The next time you have an important meeting, speech, presentation, or game, you can now ask yourself the question, ‘Have I REALLY done everything I can to prepare for this?’ Based on the above you may need to review your answer. I will share some further insights with you over the coming months from these phenomenal conversations I had.